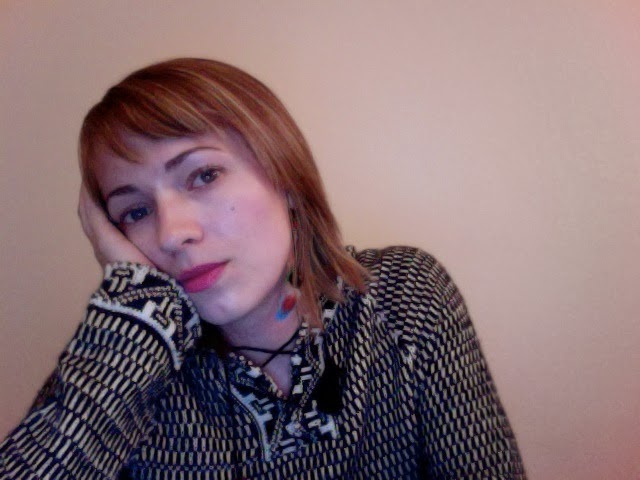 A writer sits alone and writes.
She looks up and seeks to pretend.
To be romantic, more romance, less superficiality.
The feathers around the edges of her catch the wind.

"Always..." she whispers.
To herself...
Already, in another day dream.
I dream day and night.

"Angel" she thinks.
"Angels carry me."
My friends, no foes.
The friendships I let drift away.

A new day, a fresh start.
Hold me tight.
"Hold me in your heart."
Hold me there.
Posted by Unknown at 8:14 PM No comments:

The definitive stamps in the treetops.
Stamps like handprints across the sky.
Summer is the season of brilliant green tempests.
Tempestuous in its smooth, silken shudders.
I long to lay down below and slumber, rather than wilt outside of the protection.
In the safety I could bask unasked.
Growing together like old friends.
Posted by Unknown at 10:22 PM 1 comment:

I'd Walk A Mile

I'd walk a mile for a day alone with my best friend.
I feel alone without her good grace.
She's put together when we meet.
As girls we discuss our wedding days.

I think she's beautiful,
She thinks I am too.
Our lives run parallel.
Twin train tracks leading home.

We could wander the streets of any town and have fun.
Or simply sit at home in front of a fire.
She sings for me and not off key.
We're wired to sit listening to her latest musical creation.

I'm sorry I'm not perfect, and neither is she.
But we can ride the rails into eternity.
Tomorrow she's going back to rolling green hills.
And I am left to ponder what good friends do when they're split apart.

She says I can come live with her.
I agree, but she can come here too.
I don't know if we'll ever live together again.
But I like the idea of agreeing.

In times of change we're still best friends.
In times of strife we can hold hands.
Even if it's only a memory.
Even if she's not with me.
Posted by Unknown at 7:15 PM 1 comment:

Cats in the Next Life

The woman feels she is never the perfect woman in the man's eyes.
The man is passionate and devoted to what he believes in.
In this life he is good at prose and weaving golden nets for fish to jump into.
Mistaken by the woman he is at a loss.

The man is waiting to become a soft cat curled in front of a fire.
He's sweet on his future life.
The man likes riddles and games.
Probably because he's good at them.

A cat's riddle is centered around wondering what's for dinner.
A man's riddle is collected over time, gain, and loss.
Ask a cat to write a poem for you and you may not get exactly what you imagined.
A cat produces obscure thoughts in tongues.

One person, the man, decided cats cannot write.
If the woman believes the man is virtuous and dignified she is not a cat.
If the man believes he is due an apology, he is most definitely not a cat.
The man and the woman may desire to become cats, but in this life they are people.

People get in fights over the most ludicrous details.
Cats fight over tuna.
Oh, that our lives could be simpler!
Instead the woman minces around wondering what to say to the man.

The man decided he had to end the romantic connection between him and the woman.
He wanted to end it face to face.
Whisker, to whisker, her nose touched his.
They are cats and this life is over.
Posted by Unknown at 3:25 PM No comments:

I went the wrong way down a beaten track.
Tricked myself and never came back.
I dragged a bag full of stuff.
And found I brought more than enough.

The sunlight shone for a couple of hours.
When it went down I couldn't make out the flowers.
Lost and lonely, sad but true.
I am a silent pedestrian dressed in blue.

If I went the other way.
Perhaps I wouldn't have to pray.
But time is short and nights are long.
I would rather be where I belong.

Above the rabble and the crowd.
I can finally sing aloud.
I feel myself growing calm.
The silence is my only balm.
Posted by Unknown at 12:20 PM No comments: